Risk is Building in the Housing Market 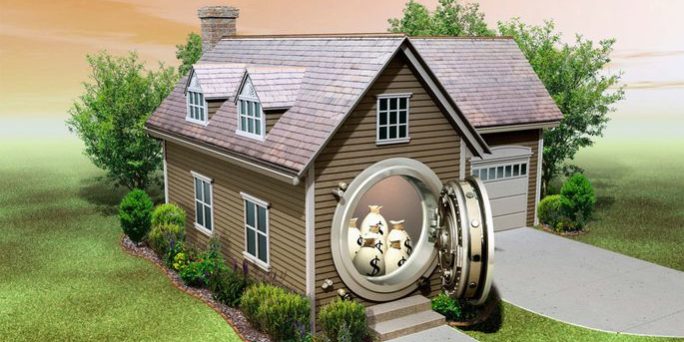 A recent American Banker article speculated about financial system weaknesses that might lead to the next economic crisis. Some of the issues on the list, like student debt, seem unlikely to lead to a crisis but are more likely to re-emerge as a serious problem for the financial sector once an economic downturn occurs. So, too, the U.S. housing market. If the economy were to experience a downturn or worse in the next few years, home prices, which have boomed over the last six years, will surely realize a price correction and foreclosure rates will increase dramatically.

This will be a surprise to many who say that this time is different and that a lack of supply will sustain prices. However, house prices adjusted for inflation are growing almost exactly as fast six years into the current price boom as over the same period in the last boom. Real prices are currently increasing around 4.2% per year through the middle of 2018 compared to 4.3% annually through the third quarter of 2003. That equates to about a 27% cumulative run up in real prices over six years. The reason this is concerning is that, in nominal terms, recent house price appreciation is far outstripping wage gains for most Americans. When house prices run way above longer run trends in wages, the gap between wage growth and house price growth constitutes territory ripe for a price correction. That gap does not exist in every major metropolitan area, but it exists in most.

While we don’t know when the market will slip into a correction, we do know are that those that are “last in” with the most leverage will be the most vulnerable. First-time buyers are an increasing share of homebuyers, comprising more than 54% of purchase-money borrowers. They are younger and they have lower incomes, less savings and lower credit scores than repeat buyers. Repeat buyers, who are fortunate enough to have equity in the house they are selling, are typically able to put more down on a home, while first-time buyers typically require a bigger mortgage for the same house.

Not only are first-time buyers at greater risk of default in the first place, mortgage risk has been increasing faster for this group than for repeat buyers. While getting an even higher loan-to-value mortgage can allow first-time buyers to successfully bid for a house, the issue is that home price growth is being supported by growing debt and not enough by growing incomes. Perversely, when supply is so constrained, expansive lending to first-time buyers leads to higher prices of entry-level homes and greater risk of a price correction for this market segment. A less-appreciated fact is that prices are also pushed up for everyone competing for similar homes, raising their risk as well.

We see this clearly among lower price homes where supply is particularly constrained and where first-time buyers are particularly concentrated. By using more leverage (mortgage debt) over time, first-time buyers have helped push cumulative house price appreciation in the lowest quarter of homes by price up 46% over the last five and a half years, compared to the highest price homes, which have only appreciated by 30% over the same time period in nominal terms.

The Department of Housing and Urban Development recently released its annual report to Congress. Nearly 83% of Federal Housing Administration-insured purchase mortgages over the last year served first-time buyers who typically put little money down, and the report concurs with our analysis of increasing risk in FHA-insured loans. Debt-to-income ratios are at all-time highs for the program and credit scores are starting to slip lower (although to this point in the cycle, credit scores have remained higher than at the same point in the last cycle). Should there be an economic shock, those with lower credits scores, higher debt relative to their income and higher LTVs, characteristics that typify the FHA borrower, will be less resilient to a shock to wages or a drop in house prices.

The slowdown in housing markets over the last few months is probably not a downturn. Thus far, it is only a deceleration. The fact that prices are so high already, supply remains tight and interest rates are rising has curtailed the ability of repeat buyers to continue to push up prices quite as fast. Yet mortgage risk-taking continues to expand for first-time buyers, allowing them to continue to bid up prices regardless of rising interest rates and home prices.

A healthy economy and growing leverage will continue to support housing demand until it doesn’t. When the next recession happens, increasing defaults will result in a pullback in mortgage credit and a slowdown in sales, leading to further prices declines. The declines are likely to be the greatest among entry-level homes, and borrowers and taxpayers will be reminded why housing belongs on the list of financial weaknesses.

Lynn M. Fisher is a resident scholar and the co-director of the Center on Housing Markets and Finance at the American Enterprise Institute, where she focuses on housing markets, including affordable housing, home building, mortgages and housing finance. Edward J. Pinto is the co-director of the American Enterprise Institute’s Center on Housing Markets and Finance.